United in our humanity; Equal in our diversity 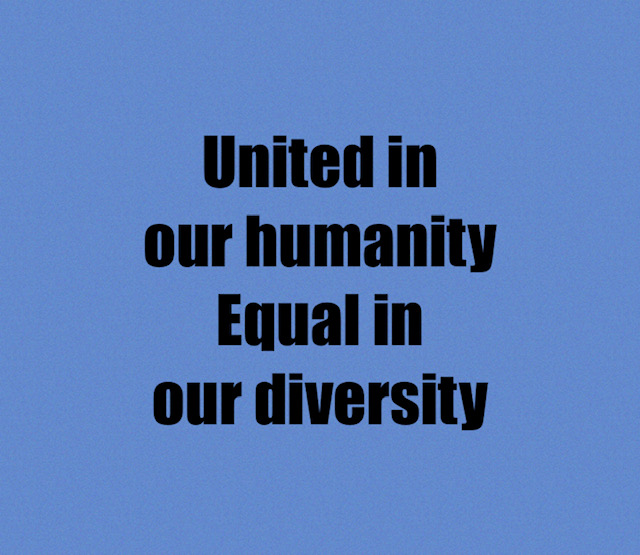 I see the world in dots; when I connect them, I see the face of our common humanity.

How many times I repeated this sentence. Many.

It is time to remember this face of our common humanity. Today more than ever.

We watched in horror how George Floyd died on May 25, 2020, in Minneapolis. It  was yet again an example of the racism some African Americans face in their country.

We watched in disbelief at the brutality with which police forces reacted in certain states to the legitimate protests that ensued.

We watched with dismay as some took advantage of the protests and turn it into an opportunity to loot and plunder. Others used it to push for their own radical agenda.

We were disappointed and frustrated.

I will not talk about President Trump and his conduct. The man is a disgrace. Full stop.

But despite all of this, I would refrain from calling the United States a ‘racist country’, as some do.

“The police officer actions were certainly racist”. Egyptian writer and intellectual Rabab Kamal told me in a private conversation. “How Americans reacted to his action was not”.

Politicians across all spectrum joined in condemning what happened. Most importantly, people from all backgrounds and colours went to the streets demanding justice and structural change. That is reason to be hopeful. I know the US is divided. But those who went to the streets and protested peacefully were united in their common humanity.

The world was watching as well. Many expressed their solidarity. Many went to the streets to join in protests insisting that black lives matter. Of course they do. There is not a ‘but’ after this sentence. Black lives matter; full stop.

They should matter always and everywhere.

In 2017, the main cause of death of young African Americans between 15 to 44 was murder; often at the hands of fellow African Americans.[1] Cancer and heart diseases were the main cause by their white fellow citizens.[2] This complicates the picture and raises difficult questions about crime, responsibility and race. Black lives should matter regardless of who is causing it harm. But the discussion should go beyond black and white. It should transcends identity politics and address it in its complexity.

In the MENA region, many rushed to express their solidarity with George Floyd. The irony was not lost on many of us working on and defending Human rights and equality in the region.

It certainly commendable to show solidarity. But before we start pointing fingers at others, how about we look at our own record in racism? Slavery? Modern Slavery?

The famous Arabic speaking talk Show Jaafar Talk, on DW, brought several activists working on the issue in the region. One of them was Yemeni female activist, Basma Nasser. She identifies herself as Black Yemeni and has been working to highlight the plight of Yemeni blacks. Yemeni blacks are estimated to be around two millions. They are treated as untouchable and discriminated at with impunity. Two weeks ago the case of a group rape of 17 years black Yemeni Rasael was reported. All know who committed the rape. But the rapists remain free. The police would not bother. She is ‘Khadima’, was the response of the police officer contacted, meaning she is a ‘servant’, the degraded name given to this Yemeni minority. Do you hear anybody talking about her other than a handful Yemeni human rights activists?

Certainly not in the MENA region.

In the DW talk show, when journalist Jaafar Abdul Karim asked Ms. Nasser what does she want to say to those discriminating against her because of her colour, her answer was like the shot of a bullet: ‘you are not better than us because of your fairer colour.’

The sentence while formed by pain should alert us to another dimension. Lately, phrases such as ‘reflect on your white privilege’ have become a trend.

We should certainly reflect on our position and privileges. But do not bring colour in it. In Yemen, Mauritania, Egypt, the Gulf, in the MENA region in general, it is the shades of brown that make the difference. Darker leads to discrimination. Should we say then ‘reflect on your brown privileges?’ Or using the South African terminology, ‘reflect on your coloured privileges’?

Please, understand what I am trying to say here. Black lives matter because they are human lives and should be protected regardless of who is harming it. Racism, discrimination and inequality are all issues that should be addressed systematically. I am just not sure that the use of ‘identity’ will be conducive to achieving these goals. So far, they have succeeded only in polarizing rather than uniting us. The call for reform and structural change should bring us in our humanity together not separate us via group identity. The aim should be nothing more or less than this: to be ‘united in our humanity and equal in our diversity’. 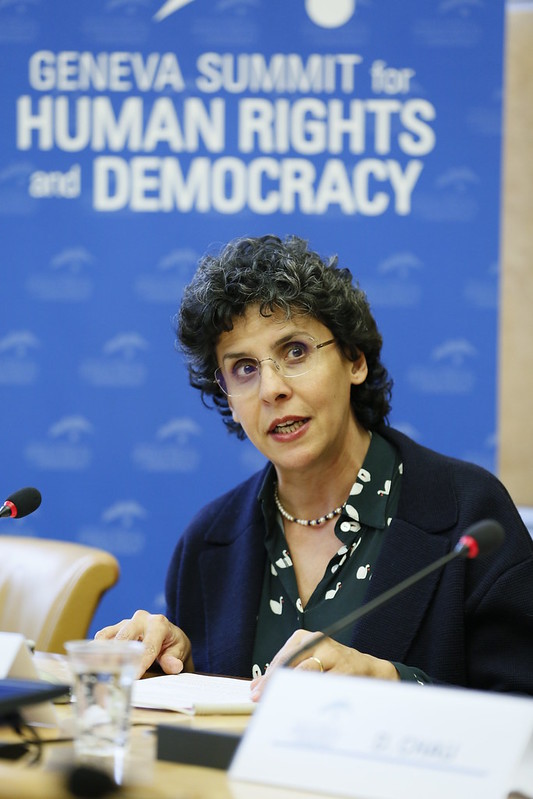 I think the court’s decision is a balanced one. The court looked at the issue from different angels. It acknowledged that parents right to manifest their religion was an issue. It says however that the school’s decision was in pursue of a legitimate aim — that is the protection of girls from any form of social exclusion.

The court effectively put the girls and their interests at the centre of its deliberation: their rights to a full education, and most importantly their rights to an education that respects the principles of gender equality.

The schools authorities did not infringe on the parent’s right to freedom of religion, especially as they tried to accommodate the parents demands by offering to allow the girls (8 and 9 years old) to wear Burkini and change their clothes in separate rooms. The parents rejected these offers.

Every person has a right to religious freedom. How we manifest that is another issue specifically when the religious practices in question reflect gender bias against girls and women.

The freedom of religion cannot be used as a free ticket to shape school’s curriculum according to one’s religious beliefs - especially when these beliefs violate principles of gender equality and reflect patriarchal orders and gender bias.

Links to other Websites

Please check out my other Websites in English or Arabic.

RT @Sh_q_y: Heartbreaking 💔 Iranian father who promised to live long enough to dance at his daughter's wedding ends up dancing at her fune…